Article by vigilantcitizen.com
This article documents some of today’s well-known artists who have gone on record and spoken about the dark side of the entertainment industry. Some of the industry’s biggest stars, including Dave Chappelle, Michael Jackson and Bob Dylan, have hinted at the true nature of the business in their own words. Here are some of my findings.

Throughout my articles, I discuss many dark aspects of the entertainment industry. Some of these aspects are so awful and improbable to the average reader that they become hard to believe, especially when the information comes from an anonymous blogger such as myself. Some actual celebrities have however gone on record with some truths on the industry. Those rare outbreaks are rarely publicized but, they are available online. So, for this article, I’m letting the insiders do the talking. Who is better placed to talk about the entertainment business than the entertainers themselves, those who have experienced first hand all facets of the business?

Although most artists will not use the terms “mind control” or “occult initiation,” they are explaining, in their own words, the strange realities they are witnessing. These are some videos I’ve found.  I hope they’ll work for everyone.

Warning: Some of these videos are disturbing or contain foul language. 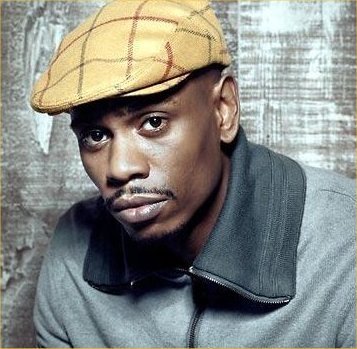 This stand-up comedian, screenwriter, producer and actor is most famous for creating Chappelle’s Show, a ground-breaking sketch comedy television series which ran on Comedy Central until 2006. The DVD set is currently the all-time best-selling DVD for a television show, having sold more than three million copies. Its early success prompted Viacom (Comedy Central’s parent company) to offer Chappelle a $55 million contract for the production of two more seasons of Chappelle’s Show. The production of season 3 was extremely difficult, however, as Chappelle did not like the direction the show was taking. He even referred to it as being “socially irresponsible.” Chappelle also had troubles coping with the pressure coming from network executives to compromise and dumb-down his show.

On May 2005, Chappelle abruptly left the production of season 3 of the show and traveled to Africa. A media frenzy ensued, fueled by speculation and rumors of Chappelle “going crazy” and being on drugs. Upon his return, Chappelle was interviewed on Inside the Actors Studio in December 2005. He discussed many subjects, including his reasons for leaving for Africa. In this next portion of the interview, Chappelle describes in a very vivid matter the “sick” nature of Hollywood.

Keep in mind the portion of the interview where Chappelle talks about Mariah Carey and her losing her mind. She and her “handler” Tommy Mottola will again be mentioned by another fairly known celebrity later in this article.

In an interview with Oprah, Dave Chappelle shares his own theory concerning black comedians being forced to cross-dress at one point or another during their career.  The following video compares Chappelle’s story with 2Pac during the filming of Poetic Justice.

Selling One’s Soul to the Devil

“Selling one’s soul” can be defined as allowing one’s integrity, values and moral code to be defiled in order to obtain riches and success. Considering the occult aspect of the industry, “selling one’s soul” can take a more literal meaning, as there exist actual ritualistic initiations and obscure secret societies working in the shadows. Some artists, who have been more or less in contact with that darker side of Hollywood, have spoken on the subject in their own words.

In the next video, model and actress Melyssa Ford discusses the price of fame in Hollywood.

In the next video, singing legend Bob Dylan explains on 60 Minutes the reason for his longevity in the music business.

What is Katy Perry referring to in this next video? Is “selling one’s soul to the Devil” the folksy way to say I’ve been initiated into the Illuminati industry? 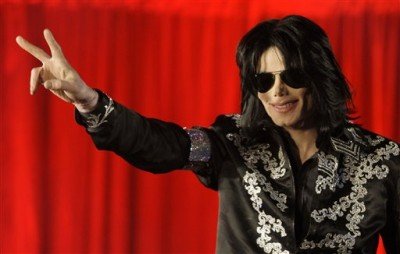 Who better than the King of Pop to speak the truth about the music industry? I’ve been asked numerous times about Jackson’s involvement in the Illuminati industry and the causes of his death. I’ve never attempted to write an article on the subject, as his career was incredibly long and filled with astounding events and requires more than just a summary survey.

What is obvious, however, is that MJ, in his last years, was becoming increasingly outspoken on the shady dealings of the music industry. Indeed, it seems the man who was the ultimate Illuminati slave was attempting to break free. In June 2002, Michael Jackson, gave an unexpected speech about the dark side of the entertainment business.

Jackson directly points to Tommy Mottola, the ex-president of Sony Music and the ex-husband of Mariah Carey, who was less her husband than an actual mind control handler. Did “the Devil” get back at MJ for speaking the truth?

In the next video, model and actress Anna Nicole Smith is filmed while one of her Monarch alters is switched on. In this disturbing home video, filmed by her handler Howard K. Stern, Anna-Nicole is completely dissociated and child-like.  Media outlets claimed Anna Nicole was under the influence of drugs during the taping of the video, which was probably the case. Drugs alone cannot explain her state of mind, however, as there are obvious symptoms of profound psychological trauma.

Anna-Nicole Smith has clearly an “alter” personality switched on who firmly believe that a doll is actually a real baby. The clown makeup (probably ordered by Stern himself to give the video more impact), reinforces the concept of alter personality in a sick display of manipulation by a handler. Notice in this CNN report that Geraldo refers to Smith as being “in character,” another term to explain an alter personality.

This video only reports one of the many bizarre events toward the end of Anna Nicole Smith’s life. Her entourage and environment was totally foul. It is not a coincidence Smith often posed as Marilyn Monroe during her career: Monroe was the original “mind controlled” sex-symbol.

Looking at the circumstances surrounding the death of her 20-year-old son Daniel in 2006, we can find another example of the trauma-based mind control Anna Nicole was subjected to. The death indeed appears to be a ritual sacrifice. Daniel died in Anna Nicole’s hospital room, right in front of her, only three days after she gave birth to her third baby. Here’s how the authorities described Daniel’s death.

“It would appear from our report that the mother had gotten up, saw him in the chair and he appeared to be sound asleep. She tried to wake him up, he was unresponsive, and she sounded the alarm.”
– Source

After witnessing the miracle of birth, Anna was forced to witness the death of her son in her own room. Daniel death was later attributed to the “presence of three types of prescription drugs in his system” and was considered “suspicious”. The event caused a violent trauma in Anna Nicole, and reports say she was then heavily sedated. She then dissociated from reality (the goal of Monarch mind control programming) and even lost memory of the event.

“The devastation and grief over Daniel’s sudden death coupled with the sedation has been so extreme that Anna Nicole experienced memory loss of the event,” attorney Michael Scott said.
– Source

This is just an example of the disturbing events surrounding Anna-Nicole Smith’s life. Many more details could be discussed in a later article perhaps.

In this 2003 interview with Diane Sawyer, Britney seems to momentarily switch alters in what seems to be a “mind control glitch”.

The episode of her breaking down and shaving her head might have been an attempt to break free from her mind control manipulation. Reality is indeed WAY stranger than fiction.

What more can I say?

The show must go on…….(Paul McCartney) Is the Truth Coming Out at Last?

Muse’s “The Handler” : A Song about a Mind Control Slave Singing to His Handler

“The Briefcase”: When Watching Poor People Struggle is Called “Entertainment”